House of the Arab: the Thousand and One Nights in Havana

People and characters: The famous hand of the Macorina

X Alfonso, a man who converts feelings into music

Ismael de la Caridad, Cuba at the center of his designs

International Jazz Plaza Festival 2021 will be held only virtually

The 36th edition of the International Jazz Plaza Festival, scheduled to begin next January 19, eliminated face-to-face concerts from its program, according to an announcement from the Cuban Institute of Music and the organizing committee released this Monday.

The CD "A new woman", the first record production of Cuban singer Shiina under the label of the Company of Recordings and Musical Editions (EGREM) was presented this Tuesday at "El Tablao", of the Grand Theater of Havana Alicia Alonso, as a year-end gift to the island's public.

Cimafunk invites you to dance from Cuba with CunCunPrá album

In constant defiance of limitations imposed by the Covid-19 pandemic, the Cuban Cimafunk band invites you to dance from anywhere around the world with its most recent musical album: CunCunPrá.

For César (Pupy) Pedroso, choosing music as a career path was not a difficult decision. Grandson of Julio Pedroso, flutist of the Orquesta Cuba, and son of César (Nene) Pedroso, pianist of many groups, among them the Orquesta Sensación, his life developed from the beginning among harmonies, compositions and tumbaos.

The popular Fiesta del Tambor, celebrated in Cuba for the last two decades, besides being a faithful exponent of percussion, also offers an important space for dance, mainly in the casino and rumba genres. 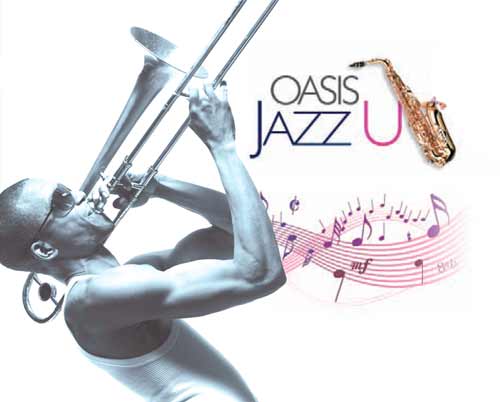 Visiting Cancun from January to May will be a two-fold privilege, since while enjoying the fi nest, whitest and warmest sand of the Caribbean, a glorious sun and the best weather of the season, you will have the chance to attend a program of musical shows crowned with a music festival, nourished by the all-time best performers of dance genres.

Initiated over four decades ago, this year the Havana Jazz Plaza Festival will strengthen its international category with an impressive participation of Cuban and overseas stars. Convened by the Cuban Institute of Music and the National Centre for Popular Music, the 27th edition of this musical festival will bring together in Cuba, from December 15th to 18th, a selection of the most representative jazz musicians in the country and many interpreters of great prestige on a worldwide level.

Ivette Cepeda, singing is a gift...

When Ivette Cepeda decided three decades ago to become a teacher because she loved teaching and her country needed teachers at the time, she never thought her passion for singing would, years later, make her one of Cuba’s most admired singers.

Declared May 8 as Cuban Son Day

uban son rhythm, danceable vocal and instrumental genre, now officially has its day of celebration in the country

Cuban musicians stand out in nominees' list for Latin Grammy 2020

The tradition, sound, rhythm and flavor of Cuban music stands out today among the list of candidates for the 2020 Latin Grammys, with nominations from half a dozen groups from Cuba.

The Failde Orchestra, a staple of danzon national dance, one of Cuba's traditional musical genre, is currently on the list of voting members of the Latin Academy of Recording Arts and Sciences, awarder of the Grammy Latin awards.

Not many know that the real beginnings of Alexander Abreu within the universal language, music, were as a singer. While he began studying as a trumpeter at 10 years old, he had already begun singing in his native city of Cienfuegos, in the choral group “Los chicuelos del mar”. At only 11 years old he joined this group directed by teacher Rosa Campo, who he remembers as an incredible woman.

The Drum Festival returns to the Cuban scene

In Cuba there is a saying that says: “he who doesn’t have from the Congo, has from Carabalí”, which reflects that behind every Cuban there is some ancestor who came from Africa, from whose continent were brought thousands of Africans to the island as slaves by the Spanish colonisers and, with them, they brought their music, rhythms and religion, within all of which percussion is an indisputable part.